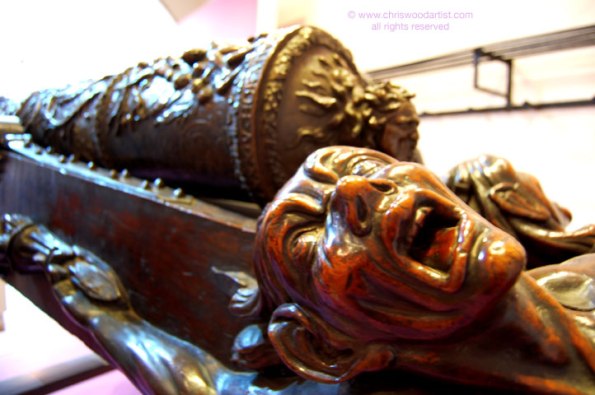 Join chriswoodartist for a day of drawing at Fort Nelson

This is a one day course visually exploring pieces from the extraordinary collection of the Fort Nelson Museum. Under the expert tuition of Chris Wood you will be taught to exercise both your observational perception and your drawing skills to produce a series of work exploring LINE, SHAPE, FORM, PATTERN, & TONE

Please note: All students are to meet by the main entrance to Fort Nelson at 9.15am.

As only dry media is allowed inside the Museum, please bring your favourite drawing materials, paper, and sketchbooks. The Museum has kindly allowed the use of field easels and drawing boards inside the museum for this course so do bring these if possible.

Fort Nelson is part of a massive ring of brick, masonry and earth forts, was built to provide the ﬁre power to deter an enemy attack on Portsmouth from inland. Portsmouth was Britain’s premier naval dockyard, building and maintaining warships that were vital to the defence of Britain and her growing empire. Portsmouth faced the new French dockyard at Cherbourg, only a short 130 km (81 mile) journey for new steam-powered warships. The threat was not simply a direct naval assault. It was feared that a French invasion force might land elsewhere, occupy Portsdown Hill and ﬁre their new, long-range guns to attack Portsmouth below from its landward side. However, despite strong words, the French did not steam across the Channel. By the time the Palmerston forts were completed, France had been humiliated by war with Prussia in 1870. Never used against invaders, the angular forts dominating the chalk ridge of Portsdown were soon called ‘Palmerston’s Follies’. Fort Nelson and the other Portsdown forts had cost a fortune to build. They were one of the biggest defences ever built in Britain.

Going 4 a Pint is a one day painting and drawing course exploring art and the Industrial Revolution and how this, in turn, might influence us in the 21st Century. This is the first of a series of INDUSTRIAL ART workshops and we will look at the architecture (inside and out) of one of Hampshire’s best kept secrets, the Southwick Steam Brew house & The Golden Lion Public House, both of which offer a wealth of inspiration, whatever the weather!

You will respond to the LOCATIONS (inside and out) and produce a series of your own contemporary drawings looking at LINE SHAPE FORM, PATTERN, COLOUR & TONE under the expert tuition of artist Chris Wood.

Please bring your favourite wet and dry painting and drawing materials. A field easel and drawing board would also be advantageous.

The Brewhouse is situated in the yard at the back of the Golden Lion Public House. The Inn’s history can be traced from the early 17th Century. The present brewhouse is a fascinating example of a Victorian domestic brewery, a rare survival of a once common establishment. Built to supply the Inn, the premises also had a license to bottle brandy – a keg survives!

Please Note: The Southwick Victorian Steam Brewery is an original preserved Victorian Brewhouse and we regret that there is no disabled access to the machinery in the upper part of the building where much of this course will take place.

JUNE 12 viewPOINT2 STANSTED PARK arboretum : Come and draw the stunning variety of trees from around the world ! 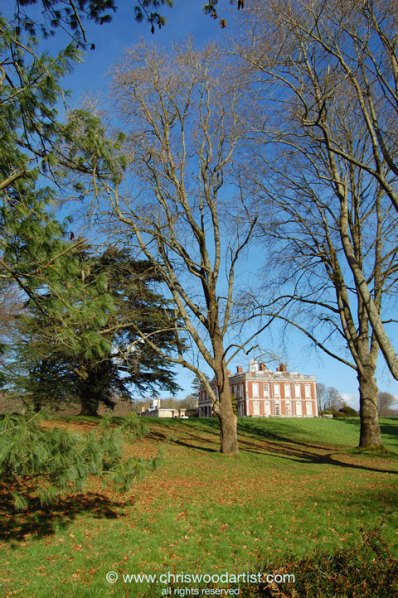 JUNE 19 skyART:TANGMERE AVIATION MUSEUM : If drawing vintage aeroplanes is your thing – then this is your course !

“SKYart : Tangmere” is a one day drawing course aimed at improving your observational drawing skills. Under the expert tuition of Chris Wood you will respond to the not only the aircraft, but also the more poignant and personal historical items in the Tangmere collection to produce a series of your own contemporary drawings looking at LINE SHAPE FORM, PATTERN & TONE

As only dry media is allowed inside the Museum, please bring your favourite drawing materials, paper, and sketchbooks. The Museum has kindly allowed the use of field easels and drawing boards inside the museum for this course so do bring these if possible.

Tangmere Military Aviation Museum is situated in a corner of the old RAF Tangmere airfield, famed for its illustrious service from 1916 through to the post-war years. It was opened by a group of aviation enthusiasts in 1982 to promote public awareness of the United Kingdom’s military aviation heritage, educate present and future generations in military aviation and serve as a memorial to airmen and airwomen who gave their lives in the service of this country. The Museum is home to an impressive display of historic aircraft and a unique collection of aviation memorabilia stretching from the First World War through to the Cold War.

PS  EVEN MORE dates & even more spectacular venues coming soon !!! – I’ll revise this post as and when new information is available. Please drop by and book a course soon !! chris : ) }

painter, print-maker and illustrator
View all posts by chriswoodartist →

This site uses Akismet to reduce spam. Learn how your comment data is processed.